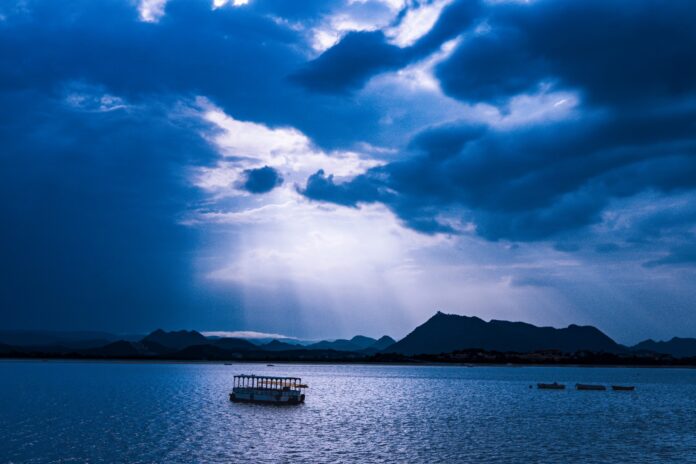 Udaipur, the city of lakes never leaves a chance to mesmerize us with its scenic beauty and the kind of royalty it carries. And amidst this serene city, is a visiting point to which we all are very well familiar with and that is LAKE PICHOLA.

Lake Pichola is named after the Pichola village situated nearby in Udaipur city. It is an artificial freshwater lake that was made in 1362 B.C. It covers an area of 6.9 kilometres in and around Udaipur city. It is a scenic beauty and very well known among the natives for its sunset point and boating facilities. Pichola is surrounded by different islands, Royal palaces etc which works as a dessert on the platter.

This lake was built by the Banjara tribesmen when Maharana Udai Singh was the ruler. The King was influenced by the lake Pichola to an extent that he decided to build a city around it and to which we know as Udaipur city. The King decided to build this city as per the suggestions of meditating Sadhu when the king was in search of building his capital as he was annexed from his throne by Mughal emperor Akbar.

Lake Pichola has some amazing attractions which include Lake Palace, Jag Mandir and Mohan Mandir. The visitors are quite driven towards the ethnicity and royalty of these places and that’s the reason why all of this plays a different role.

When talking about these palaces in a consolidated manner, Lake palace is the place wherein ancient times the king during his reign used to visit there to enjoy his summer retreat. Nowadays, this palace is under the Taj Group and the best part of this palace is it has around 80 rooms.

Whereas when talking about the Jag Mandir, this is another mesmerizing beauty of Lake Pichola. Jag Mandir occupies one whole island and the reason why its name is so is that it was completed during the reign of Maharaja Jagat Singh and thus also known as Jagat Mandir.

Mohan Mandir is another centre of attraction about Lake Pichola because this was the palace spot built by the king to watch Gangaur pooja from this point, which is the famous traditional festival enjoyed by the Rajasthani population.

Whereas, this city and Lake Pichola is famous for their serenity among the locals and visitors across the world. Hence, the lake is kept open for visitors throughout the week from 9 a.m. to 6 p. m. in the evening.

The best part is that there are no entry fees charged for this place. Moreover, if one decides to go boating during the day, the charges are Rs-400 for each adult and Rs-200 for each child. Whereas the beauty of the lake remains at peak during the sunset and visitors love to visit here at that time, that may be the reason they have kept the charges a bit high, that is Rs-700 per adult and Rs-400 per child but the serenity of the lake during those hours are worth it.

Lake Pichola has my heart and I am sure you will even get mesmerized by the ethnicity, beauty and royalty of this place which makes it a must-visit place once in your lifetime.