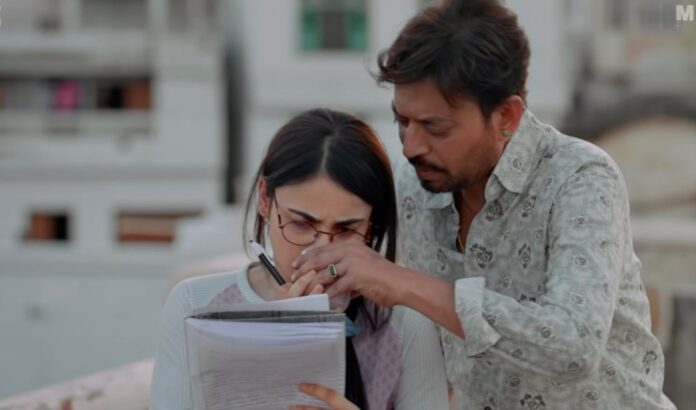 Known as the beautiful city of lakes, Udaipur is a one-stop solution for the perfect holiday in India. Besides, you don’t need a reason to visit this beautiful place. Hence, there’s nothing you cannot celebrate in the land of lakes and mountains. Therefore, It is no wonder that Udaipur has been a preferred location for a lot of Bollywood movies. Here is a list of 10 famous movies that have been shot in Udaipur:

A story of a middle-class father,  whose entire life revolves around bringing up and securing the dreams of his only Tarika. Following, the first half of the movie showcases the beautiful places of Udaipur city. Some of the places where the movie was shot are :

Two couples, separated by time, deal with society, familial pressure, internal dilemmas of prioritizing career or love. In addition, the ever-changing dynamics of relationships are portrayed very nicely by Kartik Aryan and Sara Ali Khan. However, the movie was partly shot in Udaipur displaying some very famous places which are:

The 2018 romance Dhadak starred actors Janhvi Kapoor and Ishaan khatter in lead roles. Furthermore, here is an insight into the Dhadak shooting locations :

Munish meets his childhood love, Suchitra, but discovers she’s engaged to the local prince. Therefore, the movie beautifully showcased part of the historic city of lakes. Some of those are:

From grand sets to elaborate costumes, Prem Ratan Dhan Payo was undeniably a visual delight for all the viewers. However, no wonder why the production selected the locations of the beautiful city to present the heritage livelihood of Prince and Princess. Therefore, some of the places where the movie was shot are:

This movie is said to have been inspired by Shakespeare’s Romeo and Juliet romantic drama. Similarly, the two families are posed as rivals and the children of these rivals fall in love with one another. However, the movie was partly shot in Udaipur and some places are :

When we talk of Bollywood films that make us want to travel, Ayan Mukherjee’s Yeh Jawani Hai Deewani finds a top spot on the list. Moreover, the second part of the movie captured the scenic city of Udaipur. Hence, Some places are :